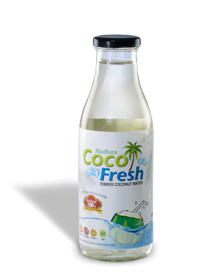 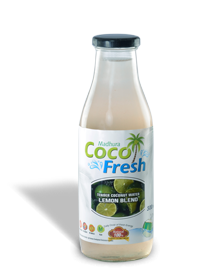 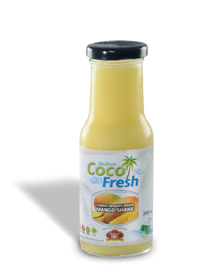 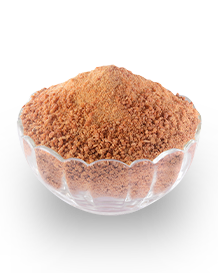 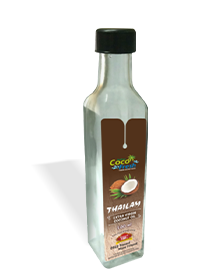 Madhura Agro Process Pvt Ltd (MAPPL), is located in Coimbatore, the 2nd largest coconut growing district in the world, and promoted by women agripreneurs, Disappointed with the seasonal nature of business and consistently low prices for tender coconut at the farm gate, despite high street prices; promoters of MAPPL, looked at opportunities to improve the fortunes of coconut farmers. They soon realised that value addition in Tender Coconut was the only way to establish a regular business, and put pricing power in the hands of farmers. If they could do it without increasing consumer price, the enterprise could deliver handsome rewards to all stakeholders.

All market surveys pointed to a growing demand for fresh juices and tender coconut water was right on top. A growth opportunity was staring the promoters in their eyes, and they decided to grab it with both hands. MAPPL has been formed with the explicit objective of improving the financial health of coconut farmers and all stakeholders in coconut farming, and at the same time give consumers the Nectar of the God’s in all its original splendour in convenient handy packaging.

Tender coconut water is one of the purest, exquisitely tasting, most nutritious wholesome beverage that nature has provided mankind.

No wonder it is called, ‘nectar of the god’s’. With a delicate aroma and taste, it has all the functional characteristics of a health, sports & energy drink. The water of tender coconut, technically the liquid endosperm, is a wholesome beverage for people of all age groups and is becoming popular day by day amongst sportsmen, health-conscious people, yoga enthusiasts, pregnant & lactating mothers and young children. Called ‘Water of Life’, the tender coconut has been a life giver for centuries, having been used as intravenous fluid, treatment for urinary tract infection, and several medical applications. However, tender coconut water has traditionally been consumed directly from its shell, and has for long been the most difficult drink to preserve and package.

Created by Nature, crafted by mankind

There are several brands of packaged tender coconut water in the market, though none of them provide effect, similar to having it off the shell. Also, most brands appear to have lost the original taste, flavour and aroma in the packaging process. Coming from India, a country where tender coconuts are sold at every street corner, we decided to focus on ensuring that the packaged product retains original taste, flavour and aroma; that tender coconut is so famous for.
We are coconut farmers, and we have used our knowledge of tender coconut farming, tracked the growth of the nut from the moment the flower blooms, and every care is taken to ensure that only the best nuts are harvested. Our own science background, has helped us test every step of the process in developing technology to preserve packaged tender coconut water, that tastes as good as the water found in tender coconuts sold by roadside vendors. We want our packaged drink to be the next best to having it off the tree.
Blind tasting exercises were conducted to ascertain consumer reaction. The unanimous response was: This packaged tender coconut water tasted good, and was the next best to having off the tree. Extensive test marketing was conducted across schools, colleges, hospitals and super markets. This activity reaching out to different cross sections of public, and varying age groups, played an important part in developing the process and packaging.
Inputs from test market consumers were seriously considered, and the basket of products being launched by MAPPL is ample testimony to the consumer voice being the cornerstone of the company’s direction.
Great care is taken in tending to the coconut plantations from where we harvest our tender nuts, selecting only those tender nuts that are ready for harvest, carefully lowering the nuts to the ground without internal haemorrhage. The nuts are then handled with kid gloves during carriage, washing and cleaning. The cleaned and dried nuts are then sliced near the eye from where the tender coconut water is extracted in sterile environment, undergoing a series of processing steps all aimed at retaining its original qualities, and finally packaged in attractive handy easy to carry containers.
> Tender Coconut Water Blend